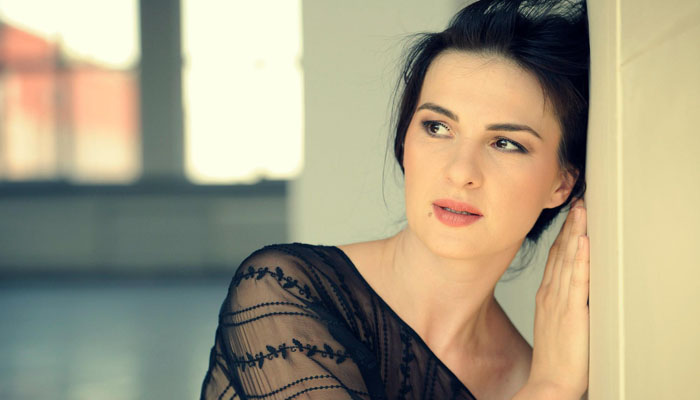 BIO
“Appearing in films, on television and on stage, Ioana Flora had one of the lead roles in CristiPuiu’s Stuff and Dough, alongside Dragoș Bucur and Alexandru Papadopol. This was the first Romanian picture awarded in 2011, at Cannes’ Quinzaine des Réalisateurs, and was credited with starting the New Wave of Romanian cinema.
She received the Best Actress Award at the Thessaloniki Film Festival for Hooked (directed by Adrian Sitaru) and two prestigious national awards: Best Supporting Role for Outbound, directed by Bogdan Apetri, and Best Romanian Film Artist in 2012.
Ioana has had mostly leading parts in acclaimed Romanian movies that have won prizes at international film festivals. Her newest release is this fall Dutch-Romanian co-production A Long Story, directed by Jorien van Nes, where she has the female lead role. This summer she was back on the silver screen in Adrian Sitaru’s Domestic.
Ioana also supports young Romanian directors and students by appearing in their short and debut films. In 2012 she was in Berlin IFF for the Talent Actors Stage. She is also a preeminent stage actress, popular with both audiences and critics.
She has a Yugoslavian background, having been born /1975/ and raised in Novi Sad, and speaks both Romanian and Serbian fluently, as well as having cultural familiarity with both nations.” – by Anca Romanescu, 2012.